A short video by Saultite Polly Hill has taken first prize in a video contest associated with the Shadows of the Mind Film Festival.

Hill’s four-minute video, We All Belong, addresses the myths and realities of mental illness by portraying local pychiatric consumers and survivors.

It received the top prize in this year’s We All Belong video contest, established by the Northeast Mental Health Public Education Campaign.

Second prize went to Out of Sight, Out of Mind – No More, a 24-minute production by Steve McLennan filed at the Dreamcatchers Drop-In Centre in Burks Falls.

Those two videos, plus two others, will be shown at the Art Gallery of Algoma at noon today (Saturday).

Meanwhile, the popular Shadows of the Mind Film Festival continues today and Sunday at Galaxy Cinemas at Station Mall.

Organized by a coalition of local health organizations, the festival presents films that deal with the facts and mythologies surrounding mental health and addictions issues.

Director Laura Sky to attend showing of her documentary

Sault Ste. Marie, ON – The Shadows of the Mind Film Festival is pleased to announce that Director Laura Sky will attend the debut of her documentary video Crisis Call (previously titled Our Best Interests at Heart) on Saturday February 22, at 1:30 at the Art Gallery of Algoma.

Thursday night’s opening night film The Annihilation of Fish was a complete sell out. The documentary Bowling for Columbine also completely sold out.

Tickets are selling quickly for all movies. Don’t be disappointed. Get your tickets early.

Crisis Call was inspired by the story of Edmond Yu, a psychiatric survivor in crisis who was shot and killed by Toronto police after a 1997 altercation on a city transit bus.

This unique feature-length documentary asks the question: are there alternatives to the use of force, especially lethal force when police deal with people experiencing a mental health crisis?

Award-winning producer-director Laura Sky looks for answers from police, psychiatric survivors, mental health workers and members of the legal system who’ve been involved in such interventions.

Crisis Call documents their candid, often compelling stories as they challenge the current system and search for solutions to this critical issue. The film festival runs February 20 – 23, 2003. Individual movies are $6.00. Tickets are available at the door but seating is limited. For advance tickets, please call 256-2226 or 759-0458. For more information on the festival, check out our website at www.shadowsfilmfest.com.

Among those sharing their experiences in Crisis Call:

Detective Constable Andria Cowan, one of three police officers involved in the shooting of Edmund Yu. Cowan, who has never before spoken publicly about that tragic event, offers a vivid, very personal account of the shooting and its aftermath.

She admits “it changed how I do policing when I deal with emotionally disturbed people.” Later on, we witness Cowan and her partner responding to an EDP (Emotionally Disturbed Person) call.

Katherine Yu, who hopes that her brother Edmond’s death was not in vain: “There’s a whole bunch of people out there who might be in a similar situation as Edmond… They deserve a chance to survive.”

Stella Montour, an Aboriginal woman who tells the heartbreaking story of how she was sexually assaulted in a psychiatric facility – and how police ignored her crisis.

Shaun Davis, a young man who, in a full-blown psychotic state triggered by a prescription medication overdose, forced a bus off the highway near Thunder Bay in 2000. A passenger later died as a result. A woman who sat near Davis describes that frightening bus ride and in an exclusive interview, Davis recalls how police responded to his plea for help before the tragedy.

Sergeant Alan McKenzie, Thunder Bay ETU (Emergency Task Unit) who states “….we’ve now learned through a hard lesson that people who are psychiatric survivors in crisis are, in fact in crisis, not criminals.”

Viewers meet Sergeant McKenzie during an ETU training exercise. The scenario: a desperate woman is threatening to kill herself. The ETU arrives armed with riot shields and high-powered rifles — but they also have trained negotiators and less lethal weapons which fire rubber bullets.

The exercise ends successfully with a negotiated surrender, but a paradoxical question remains: are survivors traumatized by encounters with military-like ETU’s, or do ETU’s represent a de-escalation of force, since they offer a range of response options for police?

“In making this film, I searched out and documented events that most people never see or hear about.” notes Sky. “Crisis Call addresses a largely unrecognized, but critical social issue: what happens when the boundaries between policing and mental health care disappear and cops become the new frontline health care workers?” Sky spent two and a half years intensively researching Crisis Call.

She worked with many psychiatric consumer/survivors, survivor advocacy groups, and mental health crisis teams such as Hamilton’s COAST program and Vancouver’s Car 87.

This is Sky’s sixth feature-length documentary focusing on a topical health care issue. Sky’s career spans three decades and 27 documentaries. Her body of work includes Working Like Crazy, seen on TVOntario and other educational networks, and How Can We Love You? the acclaimed documentary on breast cancer which has visited more than 50 communities since its 2001 launch.

Produced by Sky Works Charitable Foundation, Crisis Call will tour across the country with community premieres and workshops. 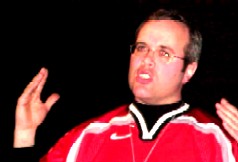